Released in UK on January 24th 1964, the same day as Saturday Club.
Rolling Stones songs on this LP were “Come On”, A side on the first single and “I Wanna Be Your Man”, A side on the second single released by The Rolling Stones. "Come One" was added a second time to a Decca compilation as it had already been on Thank You Lucky Stars released four months earlier.

This LP was again reissued in February 1983 with the catalogue number TAB60.

This record has two Rolling Stones songs on it. "Come On" is number five on side 1. "I Wanna be You Man" is number one on side 2. This is the only 1960's LP record were these songs are available. Both songs were only available on singles in the Rolling Stones catalogue. 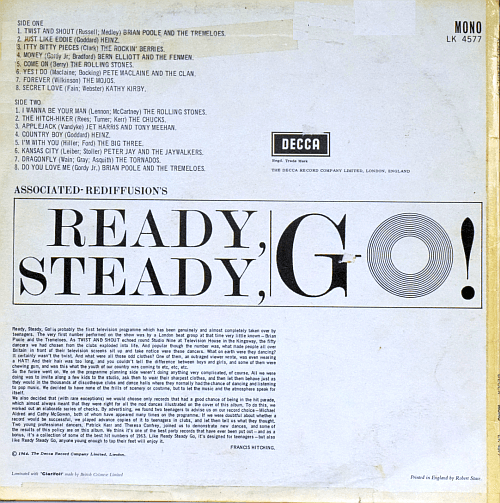 Original pressing on the grooved label. 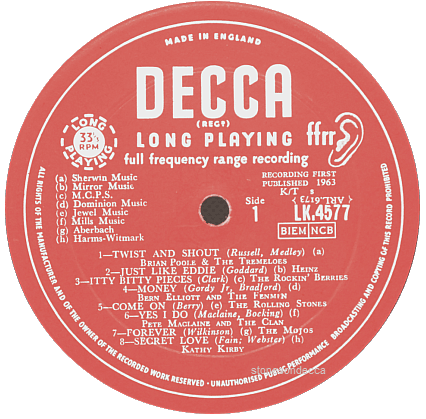 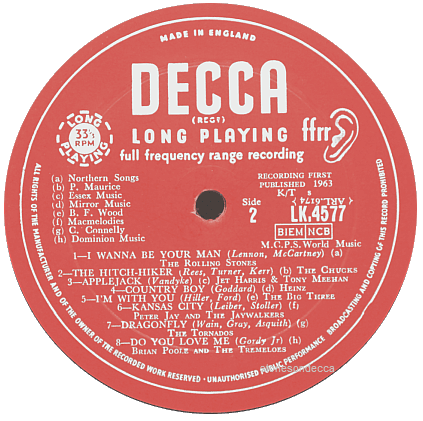 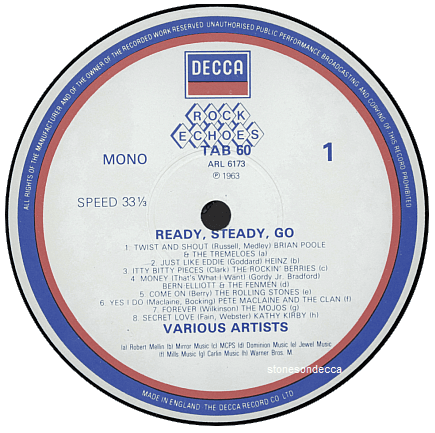 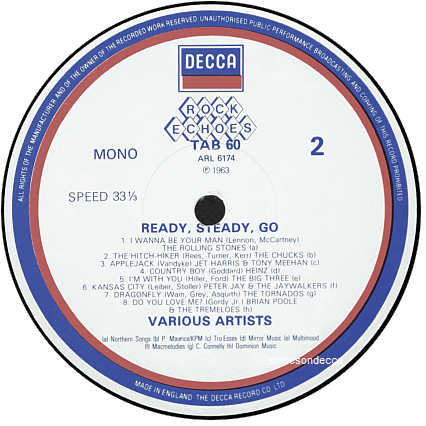