Decca used to release compilation albums in the early 60’s. They collected released single records from artists signed to Decca and put them on the same LP’s. This was a good way to sell the same songs all over again.

This is the first ever LP featuring a Rolling Stones recording.

Come On was the only Rolling Stones track included on this LP. It was the A side from the very first and only 7” single released at the time when this Decca album came out. "Come On" had been released on June 7th that same summer and the next one would be “I Wanna Be Your Man” in November of 1963.

This LP was again reissued in UK in December of 1982 with the catalogue number TAB51.

The only Rolling Stones song was Come On, the last song on B side of the album 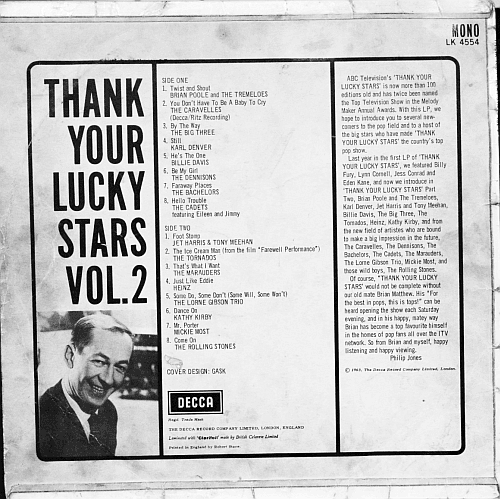 This version has the long top text "Made In England . The Decca Record Co TLD" 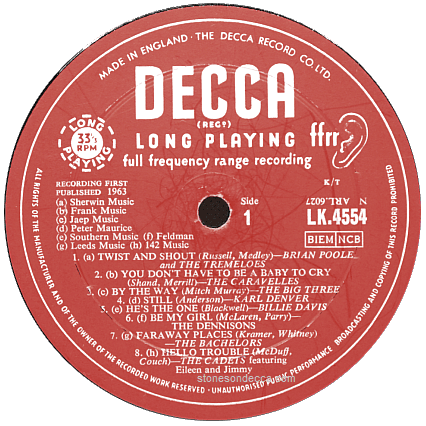 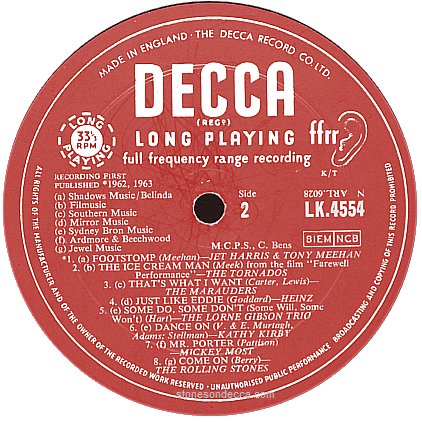 This version has the short top text "Made In England" 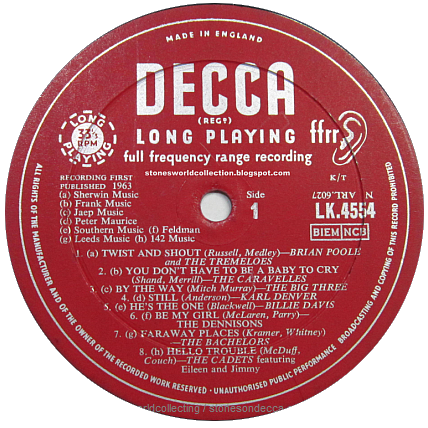